“Negative emotions” and “Positive Emotions” are terms that are widely used.  Indeed, they are often used by psychologists and people working in the field of emotional intelligence from time to time.

Emotion is complex state of feeling resulting in physical and physiological changes that influence our thoughts and our behaviour.

Emotions are controlled through interactions within the amygdala and hippocampal complex, which are parts of the limbic system within our brains. This part of the brain is often referred to as the emotional brain. It has no language processing capabilities. It’s the neocortex – the thinking parts of our brain – that assigns a label to the emotion.

Emotions have developed over the centuries – over eons – through evolutionary processes as a survival mechanism. They serve us well as long as we work with them effectively.

Emotions are emotions. We experience them for a reason, and they contain vital information. We can’t really put a judgment on emotion as to whether they’re “positive” or “good”, or whether they’re “negative” or bad.

Happiness is often referred to as a “positive emotion”. It suggests a state that we should all aspire towards all the time, but it’s not an appropriate emotion to show at a solemn occasion such as a funeral.

Also, happiness will limit us in our ability to communicate effectively, to negotiate well and to make critical decisions

So-called “negative emotions”, such as anger, sadness or fear, have physiological effects and can be used in positive ways. We experience them for a reason.

Anger can be used in a positive way to right a wrong and to overcome an injustice, and we can use it to stop something bad from happening to other people. Anger also makes us more attentive and careful in our thinking and drives us to motivate us at certain times.

Sadness is experienced as a part of bereavement. This is an emotion that can be expressed positively at solemn occasions. It allows us the chance to come to terms with our loss, to be thankful and then to move on.

Fear is often termed a “negative emotion”, but it stops us from taking unnecessary risks such as walking across a busy road without looking. Also, if fear is such a negative emotion why do we get so much pleasure from horror films and scary movies?

So, the important thing to remember is not to label emotions as “positive” or “negative”, but to look to focus on the behaviour and the outcome of that emotion and look at those as being positive or negative. 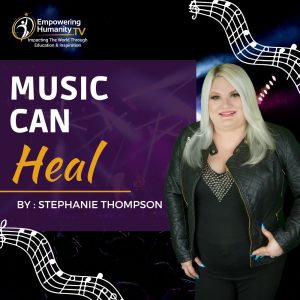 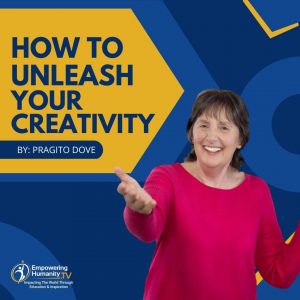 How To Unleash Your Creativity

How To Unleash Your Creativity By: Pragito Dove What is creativity? Are your conditioned ideas keeping you in a box? How can you find out