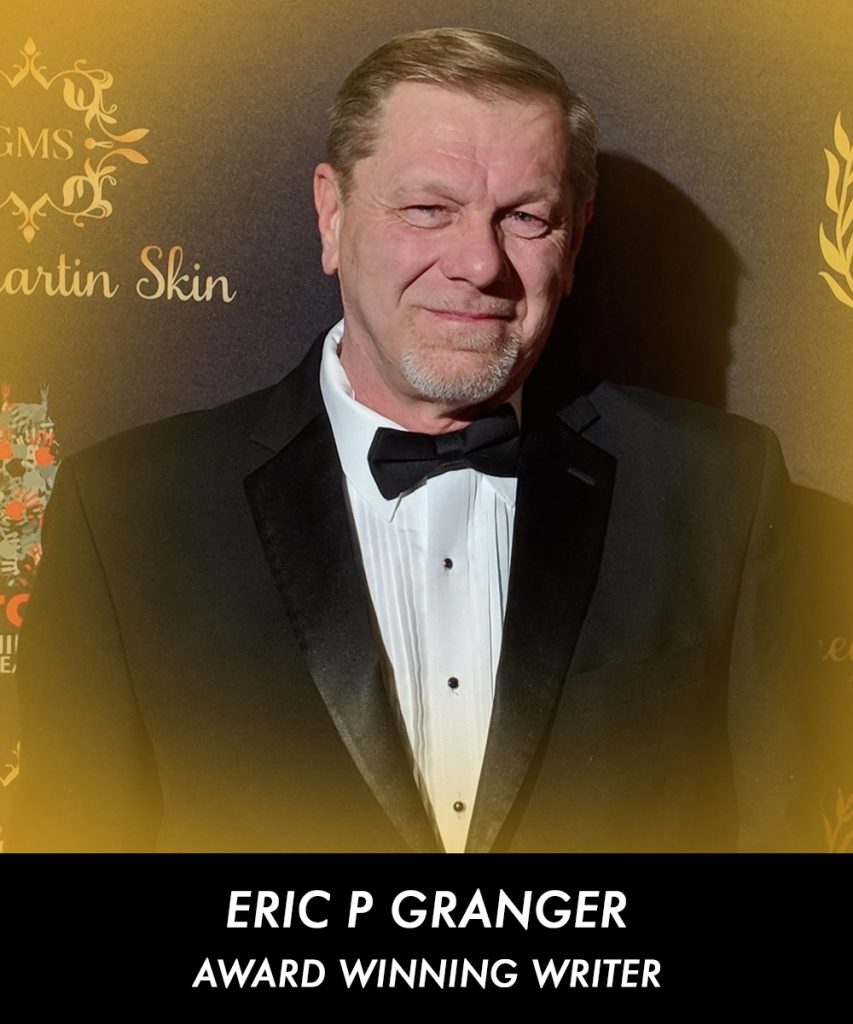 Eric’s 18 “Best Screenplay Awards” from seven different scripts reflect his diversity and storytelling prowess. His screenplays have been awarded in Spain, Russia, London, Mexico, Canada, and a multitude of festivals throughout the USA. Several in L. A. and Hollywood and Third Place at Cannes.

His latest screenplays include a story about the struggle of human trafficking and the life story of B B King. As a songwriter, Eric has written a full-length stage Musical and has received two “Grand Prizes” in Nashville for his lyrics.

Not being constricted by any genre, Eric has written Action-adventure, Romantic adventure, Sci-fi, Family comedy, Drama, Historical Drama, and Suspense screenplays. Of Eric’s fourteen screenplays, four are currently in pre-production; a drama in Nigeria, a suspense staring Tara Reid, Vivaca Fox and Beverly DeAngelo, one family comedy, and a sci-fi series for Netflix.

Eric is currently working with Aimmee Kodachian, founder and the host of the Empowering Humanity TV show, on the screenplay titled LIGHT from the SHADOWS adapted from her book “Tears of Hope” based on her inspiring life story.

To Learn More About the Motion Picture that Eric and Aimmee are working on,