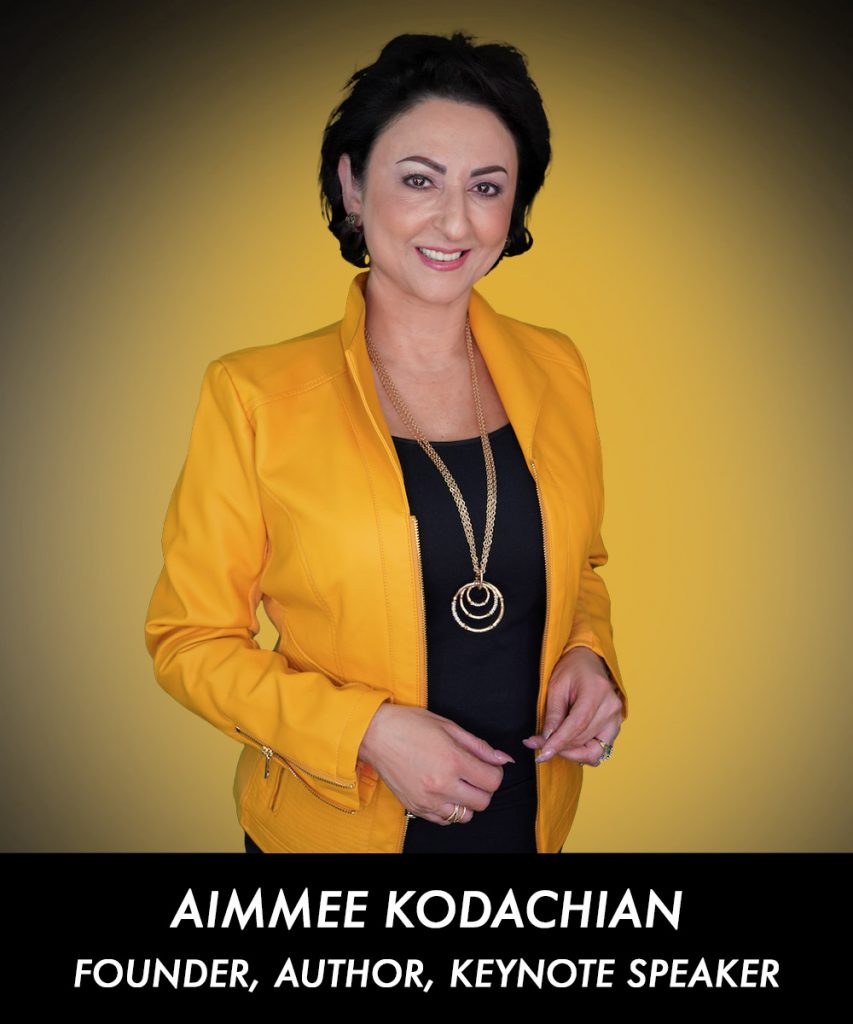 Aimmee Kodachian is the Founder, Creator, and the Host of the “Empowering Humanity” TV Show, Networking Event and Programs. She is also the creator of the “Negotiator Mind™” online programs, a Transformational Keynote Speaker, Life Coach, and the author of the book “Tears of Hope.” Aimmee is currently working on turning her book into an inspirational motion picture.

Aimmee was born and raised in Lebanon, where she lived 13 years through the 1975 Lebanese Civil War. In the blink of an eye, and at the age of 12, her family lost everything and became homeless.

Due to her severe dyslexia and the war, she was forced to leave school in the 4th grade. She was persuaded to marry at the age of 14, and she became a mother at 15. While still a teenager, she became a single mom and was left with no education, skills, or money.

In 1988 Aimmee came to the United States. She had less than $200 and a 10-year-old daughter to raise. Aimmee couldn’t read, write, or speak English. Everyone was telling her, “You need to go back to your country; you can’t make it in the United States.”

However, Aimmee was determined to do something great with her life.

Despite having only a 4th-grade education, English as her third language, and having no hope or opportunities, Aimmee challenged herself and transformed her life from surviving to thriving by discovering and mastering her Negotiator Mind™, a powerful program we all have within us.

Today, Aimmee is sharing the wisdom and the lessons she learned throughout her harsh journey to help and guide people around the world. She empowers LEADERS and people just like you, to see the light in the midst of darkness and transform their life from SURVIVING to THRIVING so that they can recognize their unique gifts, live their true purpose and make an impact in the world!

To Learn More About the Founder, Aimmee Kodachian, and the upcoming movie,